Will My Vehicle Insurance Increase After an Auto Accident?

Clients frequently ask whether a car accident or motorcycle accident will cause their insurance rate to increase.  It all depends.  In North Carolina, auto insurance companies have a right to raise premiums after an accident occurs, but usually only if the driver was at fault or partially contributed to the accident.  Being found at fault or partially at-fault for a motor vehicle accident can cause a significant increase in your insurance for years to come.  Your insurance company may even drop you from coverage if you are found to have been partially at-fault for a collision.

What Can I Do to Protect My Insurance Rate After an Auto Accident?

Considering the possibility of a steep insurance increase that may result from being found at fault for an accident, one of the best things you can do to protect your insurance rate is to hire a NC auto accident attorney.  Insurance companies frequently try to label injury victims for being partially at fault for the accident in order to devalue or deny their claim.

Victories for Our Clients

Below we have listed a few victories against insurance companies that could easily have gone the other way:

If you are worried about your insurance potentially increasing after an accident, discuss your case with our North Carolina auto accident lawyer at (919) 348-7727.  At Tien Law Firm, we fight to protect our clients from being blamed for being at-fault when the facts indicate otherwise.  We are passionate about standing up to the insurance companies.  It is what we do best. 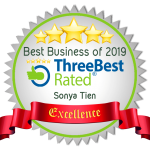 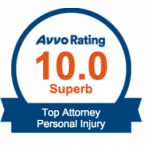